The ASA has issued an online advice note reminding parties of the need to hold documentary evidence in order to objectively substantiate claims made when advertising. Failure to provide adequate evidence could result in the marketing campaign being deemed to be in breach of the CAP code, which provides that advertisers must not materially mislead consumers.

The requirement for evidence will be dependent on the type of claim made. Common pitfalls include: misinterpreting results, failing to test on the target market, and submitting evidence which does not relate to the advertised product. The ASA has stressed that whilst claims will be assessed on a case-by-case basis, all marketers should take into consideration the following points:

1. Have your evidence ready

Marketers are required to hold evidence for the claim before making it. Marketers should be in a position to produce evidence, without delay, if asked by the ASA. Evidence which supports the claim but which post-dates its appearance may still result in the ad being in breach.

2. Evidence must correspond to the claim being made

One size does not fit all. The amount and type of evidence required will be dependent on the claim being made. For example, marketers of health and beauty products wanting to make breakthrough claims about a product or treatment will need to hold a high level of robust evidence, which is likely to include a sound body of data. Likewise, marketers making objective comparative claims such as ‘leading’ or ‘best’ will be required to hold evidence relating to both their own product as well as that of the competitors who are subject to the comparison.

3. Evidence must be understood by consumers.

The evidence used to support the claim must be evidence which would be understood by the average consumer. Obvious untruths or exaggerations, as well as claims which are clearly the marketer’s subjective opinion, will not require supporting evidence. The responsibility is on the marketer to make it clear that they are engaging in ‘puffery’ rather than stating an objective fact.

Around 70% of complaints received by the ASA are in regard to misleading advertising. It is therefore always important to keep in mind the importance and key principles surrounding substantiation. Getting substantiation right is both the first line of defence and (subject to the substantiation being in place and correct) usually the most effective defence for advertisers in the event of a compliant. 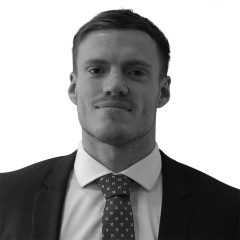