Cadbury advertised a “Match and Win Big!” website promotion where consumers would win a prize, such as match tickets or club shop vouchers, if they successfully predicted an upcoming football fixture result.

The promotion was challenged as misleading on the grounds that the ad did not make it clear that:

The ASA reasoned that the following factors would influence a consumer’s decision about whether to enter the competition: (i) the vouchers were only redeemable online; (ii) the postage costs would take up a significant proportion of the value of the voucher; and (iii) some clubs did not allow consumers to use the vouchers to pay for the postage costs.

The CAP Code states that promotions must communicate all applicable significant conditions or information where the omission of such information is likely to mislead consumers.

The ASA reasoned that consumers would understand that the vouchers could be used at each of the 19 clubs associated with the promotion for the following reasons: (i) the website did not state that the vouchers were limited to only six clubs; (ii) there was a rolling banner at the top of the webpage including each of the 19 clubs; and (iii) the section of the website relating to the vouchers said there were thousands of vouchers to be won and concluded “it’s time to get kitted out in your team’s colours“.

The ASA concluded that whether a club was included in the promotion would be material to consumers: the ad omitted material information and was misleading. Similarly to the first challenge, the ASA considered that the information should have been clearly stated in the ad and although the terms and conditions stated the limitations, the link was not prominently displayed on the webpage.

Consequently, the ASA upheld both challenges on the basis that the ad should have contained the information relating to the postage costs and the eligible clubs.

The ruling serves as a good reminder that ads that do not contain material information (in this case, incurring costs and availability restrictions) which would influence a consumer’s decision as to whether to participate is likely to be declared as misleading by the ASA. This will still apply where the terms and conditions contain the material information but are not prominently displayed on the webpage. Advertisers must ensure that their ads include significant limitations to the promotion within the ad itself or risk it being deemed misleading. 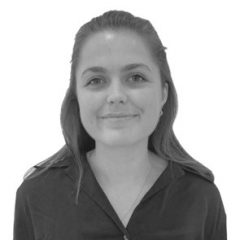