Since 2020 and the launch of its Climate Change and the Environment project, the ASA has actively focused on its investigation into, and its research and guidance relating to, “green claims” made in advertising content. As reported in Marketinglaw, earlier this year, the ASA identified two priorities for consumer research under this project during 2022. Given the increasing use of “carbon neutral” and “net zero” claims in advertising, the first priority focused on learning more about the extent to which consumers really understood these terms. The second priority focused on consumer understanding of sector-specific environmental terminology used in the automotive industry for hybrid and electric vehicles. In particular, the ASA sought to explore the potential for consumers to be misled by information relating to newer technologies in the motoring space.

As a result of its extensive research into these two areas and the  commissioning of 75 in-depth interviews with consumers across the UK, the ASA has now published its findings in a new report “Consumer Understanding of ‘net zero’ and ‘carbon neutral’ claims”.

The research participants felt environmental claims seem like a good idea in theory – but the extent and variety of claims used were felt to limit usefulness, in practice. For example, participants’ responses to the research made it clear that consumers often assume carbon neutral and net zero claims were absolute and referred to the direct reduction of emissions by a brand, and when it was revealed (for example, from further information in the advertising copy) that the brand actually was dependent on offsetting or a combination of approaches to achieve the carbon status claimed, they felt mislead. This was an area where participants demonstrated a desire for more detail to support such claims in advertising. Specifically, the air travel, energy and automotive sectors were highlighted as requiring greater transparency due to the attention that environmental claims receive and, therefore, the heightened potential for consumers to be misled and disappointed where offsetting was revealed.

As the Competition and Markets Authority (CMA) noted in its environmental sustainability advice to the government, the ASA’s report suggests that consumers are looking for standardised and simplified definitions that are policed by an official body and formulated to reduce consumer confusion. With both the ASA and the CMA now having information that indicated this will go some way to reduce consumer confusion where such claims are concerned, could a glossary of environmental terminology for advertising purposes in the future now be one more step closer?

The rapid technological developments in the electric and hybrid vehicle sector over the past few years have generated new considerations for consumers purchasing such vehicles. The uncertainty surrounding novel technologies, exacerbated by a perceived lack of reliable and straightforward information and guidance, was highlighted as a concern by the ASA report’s participants. Another concern highlighted was the potential for automotive ads to mislead using vague “green” imagery and messaging that wasn’t attributed to any specific actions. As a result, participants called for authoritative independent guidance to be produced explaining the concepts of hybrid and electric vehicles and their pros and cons. It was felt that this would also enable consumers to better conduct comparisons of the environmental claims they saw within this market.

As a result of the ASA’s extensive research, it’s clear that carbon neutral and net zero claims are on the rise, but that the terminology used and the science and evidence they are based on is complex and confusing to consumers, in particular, in relation to carbon “offsetting” and electric and hybrid vehicle claims.

The ASA has confirmed a number of steps it will be carrying out in the short term following the publication of its report:

Given that the report evidences a perceived lack of understanding of key terms used in certain categories of environmental claims, there is a significant risk that consumers will be misled by terms such as carbon neutral and net zero without adequate explanation provided as to their meanings in the advertising copy. When making environmental claims in advertisements, businesses, including those in the electric and hybrid vehicle industry, will need to consider carefully the terminology used and ensure that any claims made can be adequately substantiated, or they will risk breaching rules already in place.

The ASA has committed to taking proactive action to crack down on environmental claims that are not adequately qualified or substantiated and is not, therefore, just reacting to complaints received where it feels environmental claims could mislead. The ASA’s report represents only one of the steps of its journey in this area but the ASA will be heavily influenced by consumer research when revising its guidance and considering future adjudications. Marketers should, therefore, ensure they keep an eye out for any updated or new industry-specific guidance which will be released in due course. 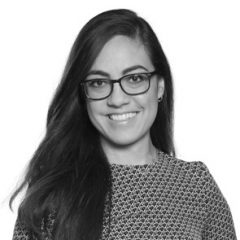