CAP and BCAP have announced an open call for evidence to assist in their regulation of advertising which gives rise to potential harms relating to body image concerns. CAP and BCAP will evaluate the evidence they receive in order to determine whether or not body image harms are adequately addressed under the existing rules. In particular, the ASA is seeking to update its understanding of the types of content that give rise to body image concerns and the impact of that the content on different audience, including via social media advertising. The ASA will also consider the potential impact of advertising content for specific product sectors, as well as the extent to which advertising can have a positive impact on consumers’ body image perceptions.

This call for evidence comes off the back of a number of inquiries from governmental select committees and advisory groups, which have been examining these issues over the past couple of years. For example, in March 2020, the Women and Equalities Select Committee launched an inquiry that revealed “that body image dissatisfaction in both adults and young people had been exacerbated as a result of increased consumption of media and exposure to adverts for products with the purposes of changing a person’s appearance, especially weight loss products, during Covid-19 lockdown”. In September 2020, a Private Members’ Bill was also introduced to mandate “advertisers, broadcasters and publishers to display a logo in cases where an image of a human body or body part has been digitally altered in its proportions, and for connected purposes” – although it is still yet to receive its Second Reading in the House of Commons.

The impact of social media on body image is under particular scrutiny, as the consensus among researchers is that social media content might be more harmful than traditional media. This is familiar territory for the regulator. The ASA has previously investigated complaints concerning ads (including influencer ads on social media) that use post-production techniques to exaggerate the performance of cosmetic or weight-loss products; the ASA concluded that use of such digital alteration techniques was irresponsible. More generally, the ASA has also previously evaluated its role in mitigating the harms arising from ads which depict models in a way that makes them appear underweight or unhealthy, with particular consideration given to the pressure conform to an idealised gender-stereotypical body shape.

The ASA acknowledges the complex nature of social factors, which have the potential to result negative body image perceptions. As such, it is welcoming stakeholders to submit their evidence for review. This closing date for submissions was in January 2022 and we now wait for the outcome of the call for evidence.

This review is not only representative of the political appetite to tackle body image issues in the advertising space, but is also symbolic of a wider policy initiative to tackle online harms more generally. Any evidence will also ultimately be considered with the overarching principles of the CAP and BCAP Advertising Codes in mind – essentially to prevent ads from misleading, harming or seriously offending their audience. 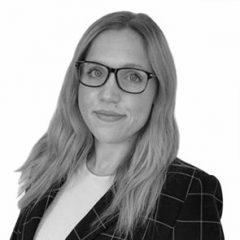