CAP launched a public consultation on its proposals to strengthen the rules on gambling ads in order to further protect children and vulnerable adults.
The UK Advertising Codes already contains strict restrictions on gambling and lottery advertising. However, research from GambleAware suggests that the restrictions need to be enhanced as gambling adverts have a greater potential to affect under 18s than previously thought. GambleAware’s findings suggest that the appeal of gambling advertising cannot be defined in simplistic binary terms of “does appeal to young people” and “does not appeal to young people”.

One of the main changes proposed is the prohibition on gambling ads featuring prominent sports people, celebrities and social media influencers to promote the advertiser’s brand. A “strong appeal test” may also be introduced to monitor and curb the use of characters’ behaviour, language, fashion and appearances, which would have a strong appeal to under 18s.

Other changes include a prohibition on presenting bets in a way that emphasises the skills or intelligence of gambling to imply a level of control, a prohibition on the use of humour to downplay gambling risks, the introduction of additional measures to ensure that gambling is not presented as a skill-based community and the restriction of unrealistic portrayals of winners.

CAP invited public responses on its consultation until 22 January 2021. While its proposals are not set in stone, it is likely that gambling advertisers will need to be ready adhere to more stringent regulation. Gambling advertisers will need to tailor their creative content to comply with additional restrictions on the featuring of famous personnel and the use of fashion in their ads. Gambling advertisers may also need to adapt their stylistic preferences to ensure that the style of language used or the appearance of an ad does not strongly appeal to under 18s. 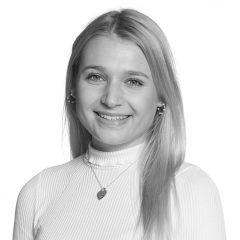