The ASA has found a Hello Panda biscuit promotion that invited consumers to collect 50 types of stickers from promotional packs over six months irresponsibly encouraged the excessive purchase of food products which appeal to children. The ASA upheld one of two complaints against a promotional offer for Hello Panda biscuits, which featured on the unisnacks.co.uk website, Facebook and promotional packs. The three adverts have been banned in their current form.

The promotion was entitled “Hello Panda Bubble Sticker Competition” and invited consumers to purchase 50g boxes of Hello Panda biscuits bearing the promotional message “Free Bubble Sticker Inside” and to collect the stickers and fill in a sticker book available on the www.unisnacks.co.uk website or Facebook page.

The website text stated that the “first 250 participants to collect and complete 50 different stickers in the sticker book and submit their books get £50 each”. A Facebook post contained a similar message, adding that the next 250 participants would get £30 each and featured cartoon pandas and the tagline “Hello Panda fun-filled biscuits 50g“. The promotional Hello Panda packets included the text “Free Bubble Sticker inside! Collect all 100!“.

The first complaint was directed at the website page and Facebook post. It argued that these were adverts for products high in fat, salt or sugar (HFSS) which were being targeted at pre-school and primary school children.

The CAP Code prohibits adverts for HFSS products from including promotional offers if their content is directly targeted at young children. The ASA concluded that the adverts were for HFSS products and did contain a promotional offer. However, while the product itself and some imagery on the website text and Facebook page would be of interest to children, they would also appeal to adults and the wording, tone and prizes featured were found to be more directed towards adults. The ASA therefore did not uphold this complaint.

The second complaint additionally included the promotional packs, arguing that the promotional texts encouraged “irresponsible consumption and the purchase of excessive quantities of food”.

The ASA considered various CAP Code regulations relevant to this complaint, including the duty to be responsible when including promotional offers on food products and not to encourage children to “eat more than they otherwise would“. Promotions featuring collections must not encourage consumers to purchase food in immoderate quantities, and those linked to a food product attractive to children must take care not to encourage such quantities “for irresponsible consumption“.

The ASA concluded that to collect 50 different stickers over the six-month period of the competition, consumers would have to purchase a minimum of two boxes per week, but the actual figure would likely be far higher due to the likelihood of buying boxes containing stickers already collected. Giving prizes to the first 250 to collect all 50 stickers also created a “sense of urgency” and therefore encouraged consumers to purchase in large quantities for irresponsible consumption.

This decision highlights businesses’ duty to keep their responsibilities to consumers in mind when creating promotional campaigns, particularly when their product is targeted at or may appeal to young children. In particular, promotions involving multiple purchases and collecting items from such purchases may be irresponsible when the products are aimed at children.

Therefore, businesses must not:

Businesses should be careful to ensure that any promotion run does not fall foul of these rules. 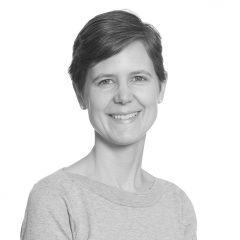