The ASA recently published three adjudications which have implications for advertisers who offer price discounts, make claims their products are cheaper than a competitor’s, make offers available for a limited period of time or purport to make offers which are “exclusive”. The adjudications and their implications for advertisers are discussed below.

The ASA found Sports Direct’s claim was misleading. In its view, a customer would assume they were making a saving of £17 relative to the price for which they were usually sold by Sports Direct, rather than the recommended retail price.

Charles Tyrwhitt paid to have three brochures included in the Guardian newspaper. The first brochure stated the following: ” All shirts only £22.95 Normally £50 or £60 … EXCLUSIVE OFFER for readers of THE GUARDIAN … PLUS FREE DELIVERY NEXT 10 DAYS ONLY”. The second brochure (which was for a similar but separate promotion) included the following statement: “How can I offer you £50 (or £60) shirts for only £22.95? … SAVE UP TO £37 on every shirt – order within 10 days When you order in the next 10 days, our luxury shirts are only £22.95 each (normally £50 or £60)… Offer ends at midnight on 15th April 2016“. The third brochure was similar to the first.

Claims about price discount were misleading

The ASA considered the three brochures were misleading on the basis that consumers would understand that £50-£60 was Charles Tyrwhitt’s usual, established selling price (and that the discount was being offered against this rather than its current price). Small print in the brochure stating that the discount was against current prices was not sufficiently clear or prominent.

The ASA considered consumers would understand the ad to mean they would only qualify for free delivery if they responded to it within 10 days of receiving it. However after the 10-day time period had elapsed the shirts were still on offer on Charles Tyrwhitt’s website at the same discounted price with free delivery.  The ASA considered this to be misleading.

In addition, the ASA considered use of the phrase “NEXT 10 DAYS ONLY” was misleading on the basis that not all consumers would have received the ad on the same day and it was not clear when the 10-day promotional period started and ended.

Claims that Charles Tyrwhitt’s offer was “exclusive” were misleading

The ASA considered consumers would understand “EXCLUSIVE OFFER for readers of THE GUARDIAN” to mean those receiving the ad were eligible for a specific offer that wasn’t available to others. Although the free delivery aspect of the offer was exclusive to readers of the Guardian, the price discount offer was not exclusive. In reading the ad consumers would understand that both elements of the offer (delivery and price) were exclusive to them. On that basis the ad was misleading.

The ASA is likely to rule against adverts which claim the consumer is making a saving, if the purported saving is based on the recommended retail price of the product rather than the price for which the product is usually sold by the advertiser.

Take care when making claims your products are cheaper than a competitor’s. If you are only comparing the prices of a small sample of products relative to the total number of products sold by a competitor the ASA may find that your claims are misleading.

Take care when stating offers are only available for a particular time period. Be clear about the start and end dates of promotional periods and make sure your offer does not continue beyond the promotional period. 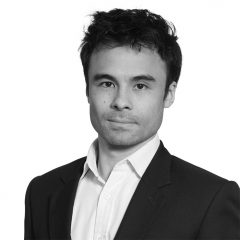