The ASA investigated online e-cigarette and vape retailer, Vape Nation, after two complainants noted that its e-cigarette adverts appeared on buses used by school children. Vape Nation said that while the buses that the adverts appeared on were used by school children, they were commercial buses used by the general public and not designated school buses.

The bus operators, backing Vape Nation, confirmed to the ASA that the commercial buses were assigned to general public service routes which were open to all passengers, but conceded that at certain times of the day the bus routes included bus stops at school locations.

The ASA considered the CAP (Committee of Advertising Practice) Code and its own guidance, “Media placement restrictions: protecting children and young people”, in its adjudication. It noted the CAP Code requirement that adverts for electronic cigarettes must not be directed at people under 18 years of age through the context in which they appeared and that no medium should be used to advertise e-cigarettes if more than 25% of its audience was under the age of 18 (CAP 22.11).

This decision by the ASA is consistent with a previous adjudication involving Vape Nation in September 2018 (again not upheld) in which an e-cigarette advert appeared on a bus shelter used by school children.

This ruling shows that the ASA will take a pragmatic view on whether adverts for age-restricted marketing communications are directed at people under 18, especial where the advert appears in media directed at the general population – for instance, outdoor media.
Marketers should still take note however and take appropriate steps to understand the likely composition of the audience of their adverts prior to placement. 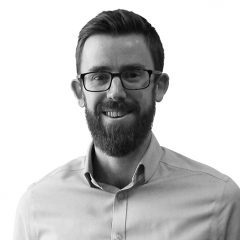