Who:  Decision from the Intellectual Property Enterprise Court

A dog owner set up a company, Zuma’s Choice Pet Products and registered a domain name dineinwithzuma.com with the intention of selling a premium pet food named after their pet dog, Zuma.  The ZUMA mark was used across the website alongside a distinctive banner logo featuring a picture of a dog and the words “DINE IN WITH ZUMA”.

Zuma is also the name of a well-known Japanese restaurant based in London.  Azumi Limited (owner of a UK and an EU trade mark for the word mark ZUMA) brought trade mark infringement proceedings against the dog food company.  The action was founded on the basis that the use of ZUMA and DINE IN WITH ZUMA would damage the restaurant’s brands due to the association with dog food and the effect on the distinctiveness of the mark.

The court agreed that the use of ZUMA in relation to dog food would tarnish the image or reputation of the restaurant’s trade marks and reduce their power of attraction.

Unusually, the dog food company sought to rely on the “own name defence”, on the basis that the dog associated with the business was called Zuma.  In respect of the UK trade mark for ZUMA, the court confirmed that the own name defence cannot be relied upon if you name your company after a dog.  The dog was neither a natural or legal person, nor a party to the proceedings.  In respect of the EU trade mark for ZUMA, following recent changes to EU law, the own name defence could only apply to natural persons and not companies.

The case is a useful example of reputation-based trade mark infringement.  Establishing a reputation is usually a high evidential hurdle for a claimant.  In this case, the dog company argued that the restaurant did not have a sufficient reputation to establish a trade mark infringement claim.  In particular, the claimant argued that the market share enjoyed by the Zuma restaurant was only 0.03% of the UK restaurant business.  Furthermore, the restaurant spent only 0.27% of its turnover on marketing and had only one premises in the UK. Despite these obstacles, the judge was influenced by the fact that the restaurant was “amongst London’s best restaurants of any type”, and that it had been “recognised by a number of awards and accolades over the years”.  The judge considered that the true market in which Zuma operated was not the entire UK but a much smaller market comprised of high quality, high-end restaurants in London.

The case will provide brand owners with confidence that trade mark infringement proceedings can succeed even where the goods in question are not obviously similar.  Brand owners should be encouraged that the courts will take a practical approach to the assessment of a mark’s reputation. 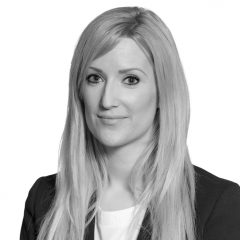