Who: BPD Ontwikkeling B.V. (Bouwfonds) and Maderas Mejoradas Industrial S.A. (Prodema)
Where: The Netherlands
When: 29 March 2019
Law stated as at: 1 May 2019

Bouwfonds is a Dutch housing project developer and Prodema is a Spanish manufacturer of BAQ building boards (facade panels) that can be used for building indoor and outdoor facades and walls.

From 1998 to 2000, Bouwfonds prescribed the use of Prodema’s BAQ boards for certain housing projects. Over time, the BAQ boards started to tear and discolour. Residents of the affected houses held Bouwfonds responsible. Bouwfonds then sued Prodema for damages due to the misleading statements made by Prodema in relation to the quality of the BAQ boards. Prodema had declared that the BAQ boards were able to withstand the weather and guaranteed that the boards were 98% watertight and able to resist UV radiation.

Dutch civil law (sections 6:194 and 6:195 of the Dutch Civil Code) aims to protect parties acting in the course of their business against misleading statements concerning goods or services. The law stipulates that a party acting in violation of these sections acts wrongfully and is liable for the damages caused.

In its decision, the Dutch Supreme Court followed the AG’s opinion (and the judgment of the court of appeal), and ruled that Prodema’s misleading statements constituted an unlawful act towards Bouwfonds.

The fact that the burden of proof is significantly mitigated in cases where compensation is claimed for damage caused by misleading statements has far-reaching consequences for the defendant in such civil procedures.

As a result, manufacturers, suppliers and their agents should exercise caution when making public statements regarding their goods or services. The publicity and reputation created from such statements can lead to liability for damage caused by the misleading advertising, even if the party incurring damage did not itself actually take note of the misleading statements or advertising. 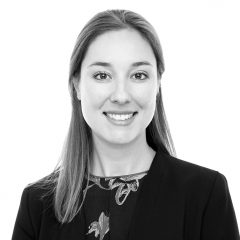