Who: The Advertising Standards Authority (ASA) and Nestlé UK Ltd (Nestlé)
Where: United Kingdom
When: 8 January 2020
Law stated as at: 4 February 2020

The ASA has ruled against a Nestlé ad which promoted a prize draw on the packaging of one of its instant coffees by deciding that the ad exaggerated consumers’ chances of winning prizes.

The ad on the packaging prominently stated the following on the front: “WIN A MAGAZINE SUBSCRIPTION. 100 AVAILABLE TO BE WON EVERY DAY*” while smaller text at the bottom of the front side included the basic entry requirements and restrictions. The back of the package included the basic steps to be followed to take part in the prize draw while even smaller text below clarified how the prize-draw mechanism worked – consumers had to enter their code at one of the “100 winning moments available per day, each as 30 seconds slots“.

The advert was challenged whether the promotion exaggerated consumers’ chances of winning a prize and whether it was done so in a fair manner.

Nestlé provided evidence showing the number of entries and winners and the calculations of the chance to win, all of which had been agreed by their insurers. The odds of winning had been confirmed by an independent third party as 28 to 1.

The ASA ruled that the ad breached the UK Code of Non-broadcast Advertising and Direct & Promotional Marketing (CAP Code). The CAP Code states that marketers must deal with consumers in a fair and honourable way and must communicate all applicable significant information. The main claim on the front would be understood by consumers that all or the majority of prizes would be won while the back provided brief action steps on how these could be won. However the clarification of how prizes would be drawn – that prizes could only be won if they entered the prize codes at 100 randomly selected 30 second time slots – was only included in smaller text on the back of the package and thereby two steps away from the main claim.

On average, only 10% of prizes had been won throughout the promotional period. The importance given to the main claim exaggerated the consumers’ winning chance while other important information such as the prize-draw mechanism had not been presented with enough prominence.

The ruling serves as a good reminder of the importance of prize claims not being exaggerated and to adequately manage consumers understanding and expectations. Relevant important information such as caveats or non-standard draw mechanisms or other significant conditions should be placed near the main claim to bring this to the consumer’s attention. 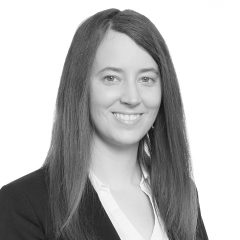