Lands’ End sent a marketing email saying “Hello [complainant’s name], Thank you for visiting landsend.co.uk“, which went on to list various products. The email had been sent on behalf of Lands’ End by a re-targeting agency, using an email address that had been provided by a partner organisation, Clic-Plan. Clic-Plan had received the complainant’s consent to receive marketing emails from third parties from one of its partners, being a website which provides consumers with offers on various products.

The complainant complained that they had not given their consent to receive such marketing emails from Lands’ End.

When the complainant provided that consent on the partner website, they had clicked an opt-in box giving their consent to receive email marketing from third parties. Evidence in the form of a screenshot showing this consent was provided to the ASA. Lands’ End therefore took the view that the email was not unsolicited. Clic-Plan also believed that their procedures were compliant with relevant law.

The ASA decided against Lands’ End, finding that the ad had breached CAP Code rules 10.13 and 10.13.3 on database practice.

As a result, the ASA did not consider that Lands’ End had discharged its responsibility to ensure that explicit consent to receiving marketing communications had been obtained by the complainant; Lands’ End had not obtained such consent to send the email and this was therefore unsolicited and in breach of the CAP Code.

The stated rationale in the ASA’s ruling suggests that the ASA could be more permissive than the ICO’s guidance on this issue under current data protection legislation. Under that guidance, the ICO requires third party consents to specify an appropriately narrow category of third party, whereas the ASA appear to be open to a more general consent being valid, as long as it is only exploited in relation to similar goods/services.

As reported elsewhere in this month’s ocmarketinglaw updates, ICO guidance on the position under the GDPR takes an even tougher stance, requiring third parties to be named in order for third party consent to be valid. 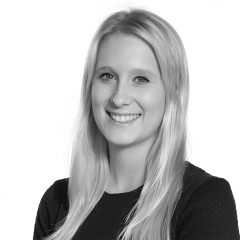