The Committee of Advertising Practice has published ‘An Influencer’s Guide to making clear that ads are ads‘, which is a user-friendly set of guidelines that summarises the rules that regulate influencer advertising and sponsored content.

The Guide gives straightforward examples of when content is an ad, namely:

All these activities fall under the remit of the CAP Code and are subject to enforcement by the Advertising Standards Authority.

However, the situation is less clear when influencers engage in affiliate marketing, which is when the influencer works with a third party brand to promote the brand’s products/services. For example, when an influencer promotes a unique discount code and receives a payment for each click-through sale.

The Guide clarifies this position by setting out a two-stage test to establish whether content is an ad, which is where the brand has:

If both stages of the test are satisfied, then the ad must be identified as such, which both the brand and influencer (as publisher) are responsible for. The ASA likes very clear labels, such as “Ad“, “Advert” or “Advertising“. The labels should be used upfront so the ad is obvious to consumers before consumers engage with the ad:, for example, at the beginning of a tweet/Facebook post, or using a label on an Instagram image itself.

What if the content is paid for but there’s no control by the brand?

Where only the first stage of the above test has been satisfied, then the content is not an ad and won’t be subject to the CAP Code. However, such an arrangement is akin to sponsorship, which is regulated by consumer protection legislation and subject to enforcement by the Competitions and Markets Authority.

The CMA expects the content to still be labelled or identifiable as paid-for content, by using labelling such as “Advertisement Feature” or “Advertisement Promotion“. Commercial relationships must also be disclosed upfront and the influencer’s views must be genuine.

Given that influencers and brands have historically complained about the lack of clarity around the requirements that apply to influencer advertising (namely that ASA guidance is very broad and generic), hopefully this Guide and the recent YouTube collaboration between the ASA and Mumsnet explaining influencer advertising, will clarify the rules and lead to fewer complaints and upheld adjudications (of which there have been many this year!).

It is now extremely common for consumers to follow influencers, be exposed to products/services through social media and check blogs and vlogs etc. when deciding whether to purchase a product/service. Therefore, it’s no surprise that regulators are focusing their attention on this area. For brands, this should be a wake-up call to ensure that they have an appropriate agreement in place with their influencer that contains clear content labelling guidelines and/or a sign-off procedure to ensure they don’t fall foul of the CAP Code or consumer protection legislation.

Separately, the CMA launched an investigation in August 2018 considering the extent to which influencers and celebrities are clearly and accurately identifying any commercial relationships with brands featured in their posts, and whether consumers are being misled. The CMA has written to a range of celebrities and social media influencers to gather more information and sent an ‘open letter’ to marketing agencies. An update is expected by the end of 2018. 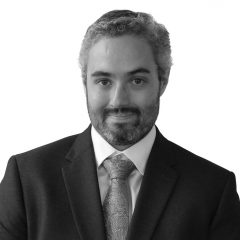