Who: The Advertising Standards Authority (ASA)
Where: United Kingdom
When: 22 October 2020
Law stated as at: 2 November 2020

ASA has issued some guidance relating to advertisers’ responsibility to ensure that their ads do not have a detrimental impact on those affected by mental health issues. This guidance can be broken down into three areas: (1) social responsibility; (2) causing offence; and (3) referring to a condition for which medical supervision should be sought. These rules are not mutually exclusive – it is possible, for example, for an ad to be both socially irresponsible and likely to cause serious or widespread offence.

The CAP Code explicitly states that all ads must be prepared with a sense of responsibility to consumers and society. The Code goes further by including sections focussing specifically on sectors like gambling (where ads should not suggest that this activity can relieve conditions like depression and loneliness) and alcohol (where advertisers should be mindful not to exploit those who are mentally or socially vulnerable, or the young). The guidance also suggests that if an ad is targeted at children, consideration should be had towards their mental health (noting that there can be detrimental impact on children’s self-esteem if too much emphasis is put on the perception of popularity on social media by stating how a certain product can increase likes and followers).

The Code states that ads should not cause serious or widespread offence on the grounds of disability or any other protected characteristic (as defined in the Equality Act 2010). Ads that reinforce negative attitudes about mental health disabilities will be in violation of the Code. In its guidance, ASA suggests that even though not all mental health problems are classified as disabilities, advertisers should still avoid referencing these conditions in a way that could risk causing serious or widespread offence.

Referring to a condition for which medical supervision should be sought

Marketers in industries such as health, beauty and slimming often want to reference medical conditions in their ads to help illustrate what the relevant product does and who might benefit from it. The Code requires that certain medical conditions can only be referenced if the advice, diagnosis, or treatment will be conducted under the supervision of a suitably qualified health professional. ASA has published a list within its “Health, beauty, slimming & medical conditions – Advertising Guidance” note, which should be referred to by the marketer before they create an ad referring to a specific condition. If the condition is included on the list, a reference can only be made to it if a suitable qualified medical practitioner will be present. If the condition does not appear on the list, or if there will be a suitably qualified medical practitioner present, the advertiser must hold strong evidence that verifies the effectiveness of the product/treatment that they are advertising.

Many people in the UK struggle with mental health issues, perhaps more over the last year in light of the difficulties that have been brought on by the coronavirus pandemic. ASA’s guidance does not implement any new rules or law, nor does it bring in more stringent regulation. It simply acknowledges, highlights and reminds us of a very important need for advertisers to carefully consider the impact that their ads could have on their target audience in relation to mental health and wellbeing. 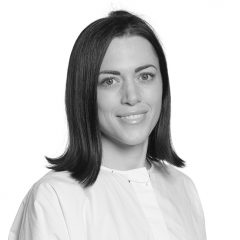