Posters across the London Underground and on buses in London Buses for Luno, a cryptocurrency exchange service, featured a cartoon image of a bitcoin with the statement “If you’re seeing bitcoin on the Underground, it’s time to buy.” Complainants challenged whether the ad failed to illustrate the risk of the investment and took advantage of consumers’ inexperience or credulity.

The ASA considered the posters to be untargeted media as the ads appeared across the London Underground and London Buses networks. They considered that it was likely to have been seen by consumers who did not have extensive financial knowledge and experience of bitcoin, and would expect that the exchange of bitcoin would be regulated, with legal protection in place for investment activities.

The fact such services and the Bitcoin market are unregulated was considered by the ASA to be material information that consumers required in order to make informed decisions. This should have been made clear in the ad.

The ASA also considered that consumers would interpret the statement “it’s time to buy” as a call to action and that the simplicity of the statement gave the impression that Bitcoin investment was straightforward and accessible whereas in reality it can be complex, volatile, and possibly exposing investors to losses.

The ads appeared without any risk warnings to make sufficiently clear to consumers that the value of bitcoin could go down as well as up, or that the Bitcoin market was unregulated in the UK.

The ASA ruled against the ads and found that it was indeed in breach of the CAP Code on both counts.

This ruling is an important reminder that the CAP Code requires marketing communications for investments to make clear that the value of investments can be variable and, unless guaranteed, could go down as well as up and that significant limitations and qualifications are stated and presented clearly.
This ruling is also a good reminder that material information that could influence a consumer’s decision-making must be shown so that they are able to make informed decisions. Advertisers should also ensure that marketing featuring volatile markets should ensure that the nature and risk of these is flagged to consumers. 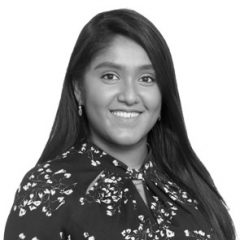