Who: The Advertising Standards Authority (ASA); DSG Retail t/a Currys PC World (Currys); I Saw It First (ISIF); and In The Style (ITS)

The ASA has recently cracked down on a number of retailers making unreasonable or misleading price claims and a few examples of this are outlined below.

In a television advert by Currys, a voiceover stated “Get your LG OLED TV for half price, with a one-in-twenty chance to get your money back…”. Subsequently, a claim was brought against the company by 10 consumers, who argued that the wording was misleading because it suggested the television could be purchased for half price. A separate claim was brought in respect of similar wording on the company’s website, which read “Get your LG OLED TV for half price”. In response to the claims, Currys stated that it was clear that the promotion offered a chance for customers to win their money back as opposed to the TV being offered for half price, and that on-screen text outlined the exact terms of the promotion. However, the ASA took the view that consumers would be likely to assume that the product could be purchased for half price, and that it wasn’t obvious they had to purchase it at full price to be in with the chance of winning their money back. Similarly, the ASA decided that the website also suggested the television was being sold for half price.

ISIF, an online clothing retailer, portrayed an image of an outfit alongside a price and additional text stating “USE CODE: SAVE75”. A complainant claimed that the price, together with the discount code, was misleading because the discount code was not valid for the product shown. The retailer explained that there was an error on the site as a result of an update on the promotion and that it was only “live” for a few minutes. The ASA ruled that the advert was misleading because consumers were led to understand that the discount code applied to the product next to which it was placed, although, in fact, this was not the case.

Another online fashion retailer, ITS, was the subject of the ASA’s attention when it posted on its website and Instagram page that it was offering 40% off its products, excluding specific lines in smaller text. On a subsequent occasion, the retailer posted about its “summer sale” promotion where it was offering “hundreds of lines” at £10 and under. Claims were made to the ASA by customers arguing that the wording misled customers to believe that the promotion applied to all product ranges. In its response to the claim, ITS asserted that the exclusions in the first promotion were clearly stated, and, in the second promotion, the caption explicitly made reference to the summer sale category. Although the promotion applied to hundreds of lines, ITS argued that it had made no reference to it applying site-wide. The ASA again sided with the consumers, stating that the wording was clearly misleading. ITS was advised that, in the future, adverts should not state or imply that all products are included in an offer – for example, by referencing “everything” – if certain products are excluded from that offer.

The rulings against Currys, ISIF and ITS are just three examples of the ASA’s approach to misleading price promotion by retailers. It is clear that, when reviewing advertisements, the ASA will seriously consider the impression created by marketing communications and will rule based on the likely effect of the advert on consumers, rather than the marketer’s intentions. It is, therefore, important for businesses to avoid bold and potentially misleading claims intended to ‘hook’ consumers, and ensure that any wording around price promotions is clear and unambiguous to minimise the risk of confusion as to the exact terms of the promotion offered. 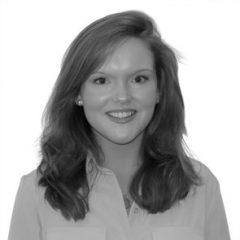