The ASA received a complaint from a parent whose child was given a leaflet in their school book bag, promoting a Hungry Horse Pub.

The parent challenged whether the ad was irresponsible because it was directed at children and promoted alcoholic drinks. The leaflet was for a Hungry Horse Pub, promoting a special offer to mark the pub’s re-opening. The front page of the leaflet carried the words “WITH TWO GREAT OFFERS £5 OFF AND A FREE DRINK”. The back of the leaflet contained information about the terms and conditions of the offer, including a list of drinks that were part of the offer, comprising both alcoholic and non-alcoholic drinks.

The ASA upheld the complaint, on the basis that the CAP Code prohibits alcohol adverts – defined as adverts for alcoholic drinks and ads that featured or referred to alcoholic drinks – from being directed at those under 18 years of age. Therefore, even though the only express reference to alcohol was contained within the small print of the terms and conditions, and despite the fact that the leaflet did not contain any alcohol logos or brands, by distributing the leaflet to under 18 year-olds, the advert breached the Code.

Greene King was told to ensure that future marketing communications which promoted alcohol were not directed at those under 18 years of age.

The prohibition of directing alcohol adverts at those under 18 years of age is obviously nothing new. Of greater interest are the reasons why Greene King produced the leaflet and placed them in school book bags in the first place. A fifth of pubs – or 11,443 –  closed between April 2010 and the end of 2016, the equivalent of four pubs every day (Source: Business Reporter), and almost a quarter of young people in the UK describe themselves as teetotal (Source: The Guardian). As a result, there are good reasons for pubs to move away from their traditional target markets and start focussing on families and communities.

This ruling shows the challenges faced by pubs who are trying to broaden their appeal, as it is clear that the ASA is taking a strict approach to adverts that contain reference to alcohol, even if the reference lies in the terms and conditions.

Marketers should therefore be particularly careful to ensure that these adverts are directed at those aged 18 years or older, even where the message of the advert is to demonstrate that the pub is family friendly. 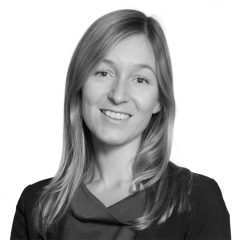