In an ad for Quorn Thai Wondergrains, seen in April 2020, a voiceover stated, “I care about climate change and I love my food. So new Quorn Thai Wondergrains is a step in the right direction because it helps reduce our carbon footprint and that’s got to be good.” The ad then goes on to state, “Quorn Wonder Grains. Awarded Carbon Reduction Footprint certification by the carbon Trust for the full life cycle of the product.” The ad received 32 complainants challenging whether the claims that the product could help reduce their carbon footprint and had a beneficial effect on climate change were misleading and could be substantiated.

Quorn pointed to the on-screen text, which stated that the product had been awarded the Carbon Reduction Footprint certification and a website where viewers could go for further information.  As Quorn Wonder Grains was a new product, they did not have a recertification figure yet, but by signing up to the carbon footprint protocol they had a continued commitment to reduce the carbon emission on the product. Therefore, they would, over time, be helping viewers reduce their carbon footprint. Also, Quorn Pieces are a key ingredient of Quorn Thai Wonder Grains and had a carbon footprint “at factory gate”, which was lower than chicken. Based on that information, they considered the claims to be justified.

The BCAP Code stated that the basis of environmental claims must be clear. The ASA considered that viewers would understand from the ad that purchasing the Wondergrains pot would contribute to reducing their carbon footprint and have a positive impact on climate change. The ad did not clarify the claim “helps us reduce our carbon footprint”, and the ASA considered that the basis of the reduction was likely to be material information which consumers would need in order to make an informed decision. The ad did not clarify what the claimed reduction of the carbon footprint was being measured against and, as a result, viewers would not know on what this reduction was based.

The ASA understood that the certification related to the fact that Quorn had measured the carbon footprint of the product. Over time, if individuals continued to consume the product, and all other things remained equal they would reduce their footprint. However, this was not clear from the ad, viewers would interpret the claim as a comparison against one or more other, similar, products, and such that by choosing to buy a Quorn Thai Wondergrains pot over a different product, consumers could reduce their carbon footprint immediately. As a new product, it could not demonstrate a reduction in its carbon footprint. The certification for that product related only to Quorn’s commitment to reduce the footprint over time and the ASA did not consider this was clear from the ad.

The certificate and the reduction of the products own emissions over time was also the basis for the climate change claims, the ASA considered that this was not clear and concluded this it was likely to mislead.

As the public becomes more environmentally conscious, advertisers and brands must always ensure that any claims made are capable of substantiation. The conclusion the ASA came to is important not only for consumers but also for businesses. It found that businesses with products that claim that they will help reduce your carbon footprint need to clarify the basis of those claims so that the consumer watching the ad can understand. This is important as it could affect the business’s relationship with the consumer if they have felt mislead by a claim and no longer want to purchase a product they felt tricked into buying. 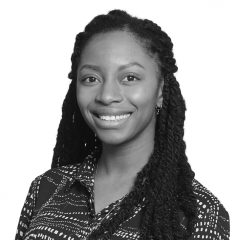