Sainsbury’s ran a TV ad for Sainsbury’s credit cards which featured a couple talking about renovating their house and how a credit card had helped with this.  The couple said, “Being our first renovation, we kind of went in head-first really. I just started knocking things down, didn’t I? Yeah, you got a bit over-excited. We definitely bit off more than we could chew. Washing up in the bath, we cook on a camp stove and we sleep in a campervan. Getting a credit card, we’ve been able to pay along our terms and use the flexibility that that gives us. If we can get through that, we can get through anything”.

As the couple spoke, there were brief clips that illustrated what they were saying, and images including cartoon bulls stampeding, a building being demolished, a dog chewing a large bone, a man putting up a tent, a slinky toy coming down some stairs, and two people being shot out of a cannon.

A complainant challenged whether the ad was irresponsible because it implied that the best way to finance property renovation was by getting a credit card.

Sainsbury’s stated that the ad was intended to feature real customers talking about their experiences using the Sainsbury’s credit card and the featured couple spoke freely about their personal experiences.  It said that the wording “Getting a credit card, we’ve been able to pay along our terms and use the flexibility that that gives us” expressed the fact that the option of getting a credit card had been thought through by the couple and considered suitable for their particular financial circumstances.

It also said that the on-screen wording appeared as soon as the couple started talking about the credit card, which was not necessary for the ad to comply with the relevant regulations. However, Sainsbury’s included this as it felt that it made it a responsible lender and clarified the consequences of using credit cards.  Sainsbury’s did not therefore believe that the ad was irresponsible.

The ASA’s decision was that the ad must not appear again in its current form because it did not present consumer credit products in a socially responsible way, therefore putting it in breach of Rule 1.2 of BCAP Code which states that:

“Advertisements must be prepared with a sense of responsibility… to society”.

The main reasoning was around the phrase at the conclusion of the ad “It’s never just money, it’s freedom.  Credit cards from Sainsbury’s Bank“.  Whilst the ASA understood that the use of “freedom” referred to the flexibility a credit card could offer, they also considered that it reinforced the impression created by the ad that credit cards could be used to fix problems without giving sufficient emphasis to the potential risks of using credit cards to solve such problems.

The ASA’s decision shows its concern to ensure that credit card providers act in a socially responsible way and make sure that customers are made aware of the risks associated with taking out a credit card.   Banks should therefore be careful to highlight the risks associated with their products to ensure they do not fall foul of the ASA’s view in this area.  Making light of the consequences of taking out a credit card and insinuating that it can help solve many of life’s problems is unlikely to gain approval from the ASA. 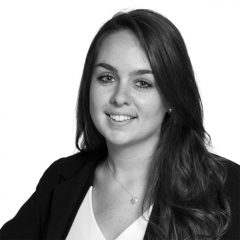