Who: The French National Association for the Prevention of Alcoholism and Addiction (ANPAA) and Kronenbourg
Where: France
When: 20 May 2020

Alcohol advertising is highly regulated in France and the ANPAA has always been very responsive to the advertising practices of alcohol brands. In October 2015, the ANPAA brought an action against Kronenbourg claiming that several advertisements and promotional contests for Grimbergen beer were illegal under French laws.

The advertisements and the promotional contest were either:

In France, advertising for alcoholic beverages is strictly regulated by the Loi Evin, which restricts the content of alcohol ads and the advertising media that can feature such ads. In addition, Article L. 3323-4 of the French Public Health Code states that:

In this case, the question was therefore whether the requirement of objectivity, applying to the product colour, olfactory and gustatory characteristics, also had to be met by the other ad references, such as the production territory.

In December 2018, the Paris Court of Appeal had deemed the ads compliant with French advertising rules. Indeed, the Court considered that the origin of the product, its name or its composition could be approached in a hyperbolic way, allowing for creativity in the advertising message. The requirement of objectivity was, therefore, limited to the colour and the olfactory and gustatory characteristics of the product.

On 20 May 2020, the French Court of Cassation overturned the court of appeal decision and reinforced the strict application of the Loi Evin, deciding that the condition of objectivity applies not only to “references to the colour, the olfactory and gustatory characteristics of the product” but to all indications and references listed above.

All the elements of an advertisement for alcoholic beverages must therefore be analysed in the light of this strict interpretation of the Loi Evin.
The French Court of cassation’s decision is interesting at three levels: 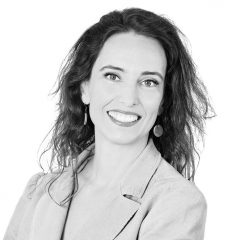