Three national newspaper ads, one paid-for Twitter post, and two outdoor posters for Tesco Mobile were challenged on whether they were offensive because the words “shiitake”, “pistachio”, and “fettucine” alluded to an expletive, and also whether the ads were inappropriate for display where they could be seen by children.

The newspaper ads featured text such as:

“What a load of shiitake” in large text, followed by an image of a mushroom. Underneath that, text stated, “The big mobile networks are raising your bills again. Join us for prices that stay fixed.”

“For fettuccine’s sake” in large text, followed by an image of pasta. Underneath this, text stated, “You could lose an average of £107 thanks to the big mobile networks raising your bills again. Join us for prices that stay fixed.”

One of the posters also featured text stating:

The outdoor posters featured in billboard media on which no restrictions had been placed so they were viewable by a general audience, including children. The ASA noted that they showed a more obvious allusion to the expletives and considered it likely that parents would want their children to avoid these expletives, or obvious allusions to them.

However, in relation to the newspaper ads, the ASA noted that the majority of readers were adults and that the publications had to be actively purchased in a shop or by subscription. The ASA therefore considered that children were unlikely to see them so did not consider them in breach.

Why this matters: The ruling demonstrates the fine balance between causing offence and humour. The ASA have made it clear in this ruling that businesses must avoid using words or phrases in their advertising that are likely to cause serious offence by, for example, avoiding references to expletives.  The ruling shows that the ASA will look closely at the choice of words in the context of the whole advert so businesses must think carefully about the choice of words and phrases they use. 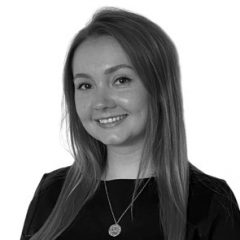