A complaint was made about Appy’s use of the phrase “we ONLY make 100% natural, tasty and healthy products” when describing its range of fruit drinks on its website. The complainant understood that Appy’s products contained calcium lactate and glucose-fructose syrup and challenged whether or not Appy’s claim that a fruit drink range was “100% natural” could be substantiated, or if it was misleading.

In support of its claim “100% natural”, Appy stated that: (1) Calcium lactate was a salt obtained through a natural fermentation process and occurred naturally in dairy products; and (2) glucose–fructose syrup was obtained through hydrolysis of the starch contained within corn using an enzyme, Therefore, Appy considered that these were both products obtained using natural processes.

The ASA disagreed.  It considered that consumers would likely understand the claim “we ONLY make 100% natural…products” to mean the ingredients had only undergone limited processing.  It relied upon the Food Standards Agency’s (“FSA”) “Criteria for the use of the terms fresh, pure, natural etc. in food labelling” (revised in July 2008) which is based on research into consumer understanding of the terms “natural”, as follows:

As a result, the ASA upheld the complaint because Appy could not substantiate the claim “we ONLY make 100% natural…products” and it was therefore misleading.

When advertising food products, the term “natural” can only be used in limited circumstances.    For compound foods it is important that “natural” is only attributed to particular ingredients or categories of ingredients and that those ingredients have been minimally processed (if at all).  Although the FSA guidance was issued in 2008 it remains current.  Advertisers wishing to use the term “natural” should ensure that they comply with the guidance and hold supporting evidence for the claim. 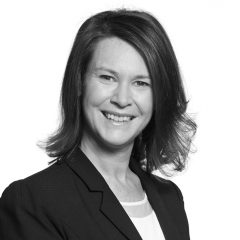