Who: The UK government Health and Social Care Select Committee

The Health and Social Care Select Committee has published a report detailing its findings on the impact of body image on mental and physical health.

The report recommends introducing legislation that ensures commercial images are labelled where any part of the body (including proportions and skin tone) is digitally altered. The select committee considered this legislation was required to address the potential harm from online content that promotes an “idealised, often doctored, and unrealistic body image”, linked to low self-esteem and related mental health conditions.

The select committee’s call to action accompanied a clear criticism of the government: “there is little evidence that the government is doing enough to understand the scale of the risks or to provide the necessary services for those seeking help”. In the eyes of the select committee, such action was urgently required to address the potential harms caused by online content which promotes an idealised and doctored body image.

The report provided no details about what new labelling legislation might look like, but such a regime could mirror the Advertising Standards Authority (ASA)’s labelling requirements for influencers and advertisers to identify clearly promotional content, perhaps with tags such as #photoshopped or #alteredimage. France introduced a “photoshop law” in 2017, which requires altered commercial images to display the warning photographie retouchée (or risk paying a fine of €37,500 or 30% of the ad spend). Norwegian law also requires content creators to disclose when they have retouched or added a filter to a photo.

This is not the first time MPs have toyed with the idea of a photoshop law. Last year, the Women and Equalities Committee recommended similar legislative changes. Conservative MP Dr Luke Evans’ Digitally Altered Body Images Bill made it past its first reading earlier this year, before dropping off the House’s agenda at the prorogation of the previous parliamentary session.

In addition, and of relevance to advertisers and influencers, the report calls on the government to:

If introduced, the select committee’s suggested legislation would have implications for advertisers and influencers. However, it’s not clear that these legislative changes would address the committee’s concerns.

With image altering technology becoming increasingly sophisticated, we may well see any enforcement action aimed at clearly doctored but unlabelled images. This begs the question: would knowing that an image is altered stop an audience from experiencing body image issues and associated health concerns?

That said, advertisers and influencers would be wise to consider the findings of the committee. As evidence given by lived experience witness, Kim Booker, suggests, changes in the industry are already afoot: “There is definitely some kind of revolt going on at the moment…there is a craving for real images, real content.” 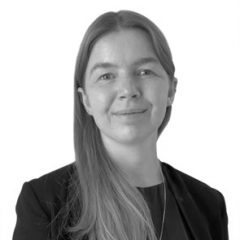