When the ASA and CAP announced new rules for third party online behavioural advertising effective 4th February 2013, it may not have occurred to them that the new regime is wide enough to catch apps on connected TVs. John Davidson-Kelly, a Partner in Osborne Clark’s Digital Media team, looks at the new rules and under what circumstances they may apply to the operators of connected TV platforms or other connected devices.

Although the new rules, which came into force on 4th February, are primarily intended to apply to the delivery of targeted advertising by ad networks, the rules are likely to apply to certain activities of operators of connected TV platforms or of other connected devices.

What’s more, the strictest rule in the new code provisions, reserved for the most intrusive type of behavioural tracking and expected by CAP and the ASA to come into play only rarely, could well be engaged.

The tracking in question was first trialled in the UK by an organisation called Phorm in 2007 in conjunction with BT, but such was the negative regulator and consumer reaction that Phorm did not proceed much beyond this trial with BT or any other ISP, with no other similar offering breaking cover.

If this were to occur now, new rule 31.2 states that third parties using this technology “must obtain explicit consent from web users before doing so”.

The question arises, however, as to whether this is happening in a connected/SMART TV context.

At risk of being caught by the rules are operators which allow third party applications on their platform or device and who collect data from multiple applications and use it to personalise the service by recommending content or presenting aggregated browsing (e.g. ‘most popular’). This means that smart TVs, games consoles and connected TV platforms which have recommendations engines based on aggregated cross platform data which is obtained from third party applications could all fall within the scope of the new rules.

Parties whose activities are caught by the rules must on the face of it provide notice of their collection and use of viewing behaviour and obtain explicit consent before this starts. Consent could be built into the set-up journey.

Since currently the “only game in town” for providing notice involves the display of the IAB/EASA/EDAA “advertising option icon” system, which is displayed after the technology has been deployed and provides an opt out mechanism, this is not going to satisfy the prior “explicit consent” rule. Therefore if this interpretation of rule 31.2 holds good, operators involved in “TV OBA” will either have to devise their own system for delivering the requisite notice and facility for opting in. Either way, the provision of notice in logo form and explicit consent processes could clutter up an otherwise carefully and well designed user interface and user experience.

Even if the stricter “explicit consent” rule does not apply, there is still the need to provide notice and a “do not track” choice opportunity. This could necessitate technical development to enable two methods of generating and populating recommendations on devices, depending on whether the user has opted out or not.

Furthermore, the rules prohibit parties from creating interest segments specifically designed for the purpose of providing targeted content to children aged 12 or under, which suggests that an operator cannot provide recommendations or aggregated browse sections for this age group.

In the event of a complaint in this area it would be for the ASA to determine whether a particular practice was subject to the new rules. One would hope that the ASA will acknowledge that the drafting of the new rules is inadvertently wide and should not catch content recommendations. It seems that the new rules are another example of regulation which inadvertently captures the activities of Connected TV Platforms, including SMART TVs, and other connected devices owing to increasing technological convergence.

If a complaint raises an issue that requires further investigation and the UK is the relevant country of origin, the ASA will investigate in the normal way with an emphasis on resolving matters with third parties informally where possible. In the worst case scenario sanctions include: publication on the ASA website and ad alerts. 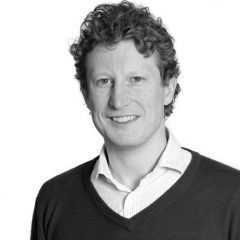