Who: The Belgian Data Protection Authority (BDPA), Twoo (defendant) and anonymous plaintiff
Where: Belgium
When: 14 May 2020
Law stated as at: 1 July 2020

The BPDA fined a social media platform, Twoo, operating in several EU countries €50,000 for processing – without appropriate legal basis – the personal data of data subjects that weren’t users, but simply appeared in members’ address books as used in third-party apps, and who consented to the processing of their personal data.

Twoo’s platform contains an “Invite a Friend” feature: users registered with Twoo had the possibility to synchronise their address books used through other apps (for example, Whatsapp, Gmail, Messenger) and send their (unregistered) contacts an invitation to join Twoo. The recipients of this invitation were pre-ticked on Twoo’s platform so that the user just had to confirm that the invitations could be sent.

Once the use of the synchronisation feature is opted out, the user’s contact details (users and non-users) are retained by Twoo for a minimum duration of three months.

For these purposes, Twoo thought that they could simply rely on the existing user’s consent. In turn, the users’ e-mail invitation to the non-users among their contacts would fall under the “household processing exemption” and would not have to comply with GDPR.

After closing its investigation, the BDPA issued its decision with the following findings:

Following the summary of the decision, the Belgian team of Osborne Clarke is currently preparing a series of articles around this milestone decision, so stay tuned for more!

This decision is interesting as the BDPA applies recent case-law from the ECJ and gives an extensive explanation on how to assess whether “legitimate interest” can constitute an appropriate legal basis for processing personal data. It’s also one of the first cases where the BDPA worked with other DPAs and fined a foreign company a high amount. 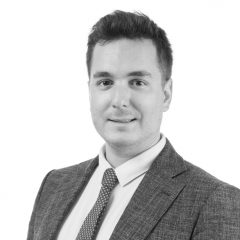