An ad used on Ramsay’s Gin’s social media pages claimed that honeyberries used in its gin “retain…micro-nutrients” and have “more antioxidants than blueberries, more potassium than bananas, more vitamin C than oranges”. The ASA challenged whether these were unauthorised nutrition claims which are not permitted to be used for alcoholic drinks.

The UK Code of Non-Broadcast Advertising and Direct & Promotional Marketing (CAP Code) (which reflects Regulation (EC) No 1924/2006) defines nutrition claims very broadly as any claim which states, suggests or implies that a food or drink had particular beneficial nutritional properties due to the number of calories, nutrients or other substances it contains, does not contain, or contains in reduced or increased proportions.

In addition, only nutrition claims authorised on the Great Britain Nutrition and Health Claims (GBNHC) register are permitted to be used in marketing communications and only the claims “low alcohol”, “reduced alcohol” and “reduced energy” can be used when referring to alcohol.

In considering the claim that “Honeyberries retain…micro-nutrients”, the ASA concluded that consumers would understand this to mean that the gin has beneficial nutritional properties due to it containing Honeyberries and therefore could be considered a nutrition claim for the purpose of the CAP Code. Additionally, the general claim of “containing micro-nutrients” is not authorised on the GBNHC register.

The ASA also considered the claim that the gin’s honeyberries contain “more antioxidants than blueberries, more potassium than bananas, more vitamin C than oranges”, concluding that consumers would understand the claim to be a comparison between the nutrient content of the gin and the various fruits given. Comparative claims must be comparisons of products within the same category and unsurprisingly, alcohol and fruit are not in the same category.

Although the ads had since been withdrawn, the ASA took the view that the claims made were unauthorised nutrition claims not permitted for alcohol products and therefore breached the CAP Code.

A similar issue arose in a 28 September 2022 ruling in relation to a tweet from craft brewery Brew York. The tweet, which promoted a beer made in collaboration with Vault City Brewery, made several references to breakfast and the general morning time as well as the claim “get those five-a-day in and start your day off right”.

A complainant challenged the ad on the basis that the ad encouraged drinking at breakfast and unwise styles of drinking and excessive drinking and the claim “get those five-a-day in and start your day off right” was an unauthorised health claim.

The CAP Code prohibits ads that may lead people to adopt unwise styles of drinking (such as drinking in the morning). The brewery argued that the ad was meant to relate to the breakfast-inspired flavours of the product rather than encourage drinking early in the day. However, as the ad used wording such as “start your day off right!”, an alarm clock emoji and the alcohol being part of its “Breakfast Club Pack“, unsurprisingly the ASA was of the view that the ad gave the impression that the beer was intended to be consumed at breakfast time. The ASA consequently held that the ad was socially irresponsible.

The CAP Code (which reflects Regulation (EC) No 1924/2006) broadly defines a general health claim as a reference to a general benefit of a nutrient or food for overall good health or health-related well-being. General health claims are not permitted for alcoholic products.

The brewery argued that the reference to “get those five-a-day in” had been intended as a tongue-in-cheek reference to the beer’s fruity flavour and high fruit content. While the ASA acknowledged that some consumers may interpret this as a humorous reference to the beer’s breakfast theme, they considered that the ad implied that the beer’s ingredients resembled a typical non-alcoholic smoothie and, as such, a consumer would interpret the claim to mean that the beer counted towards the five daily portions of fruit and vegetables recommended by government guidelines. In addition, the ASA was of the view that the ad strongly linked the beer’s consumption to the health benefits of consuming fruit at breakfast and as such was a general health claim which are not permitted for alcoholic drinks.

The ASA therefore uphold both of these complaints.

Both rulings serve as a useful reminder to alcohol brands of the importance of considering the rules surrounding the promotion of alcoholic products. In particular, brands should remember that there are limited nutrition claims permitted for alcohol products (“low alcohol”, “reduced alcohol” and “reduced energy” being the only ones) and general health claims are not permitted at all. In addition, particular care should also be taken to ensure that brands do not promote unwise drinking habits. 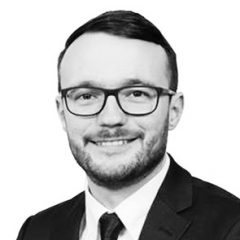