Where: Court of Milan (“Court”)

The action filed by Audrey Hepburn’s heirs originated from the Caleffi advertising campaign “The Diamond of Dreams”, published in the popular weekly magazine “Io Donna” and on the website of the defendant company.

Caleffi was founded in 1962 by Camillo Caleffi. The company is today a leader in the world of home fashion and a point of reference for the best linen stores.

Caleffi’s advertising used a photographic reconstruction which, according to Audrey Hepburn’s estate,   because of its context and the character appearing in it (played by a model), included elements and settings that evoked the image of Audrey Hepburn in the famous sequence of the movie “Breakfast at Tiffany’s” in which the actress, dressed in elegant clothes, is intent on observing the shop window display of the well-known jewellery store Tiffany in New York.

Caleffi argued in its defence that the campaign showed only a model (not a look-alike actress) who wanted to be an elegant woman,  observing the window of a jewellery store and that, therefore, there was no breach of any right in the image of Audrey Hepburn, the campaign not having used the portrait or the features of the actress.

With decision no. 766 of 21 January 2015, the Court of Milan upheld the claims brought by Ms Hepburn’s heirs considering that the intent of the photographer was, on the contrary, precisely that of evoking the image of the actress as it appears in “Breakfast at Tiffany’s”, a symbol of extreme elegance and refinement, both for her natural personal qualities and for her choices in terms of clothing, jewellery and hairdressing that have permanently consolidated those aspects through that image.

The decision of the Milanese Court confirms an established trend in jurisprudence that recognizes the evocative value of all those iconic elements that immediately recall certain characters to the public mind.

The protection of the image of individuals may, in fact, also be extended to cover items not directly related to the person, such as clothing, ornaments, and other things that are inextricably linked for the viewer to a certain famous person or character. 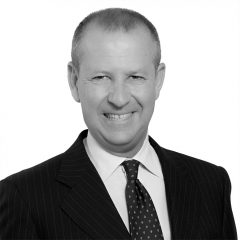