The furniture and accessories retailer, Screen With Envy, sent two e-mails to customers with an offer of “20% off all orders over £200” to be redeemed with the code “SWE20“. The ad in the first email also claimed that the offer applied “SITEWIDE”.

When the complainant attempted to place an order using the discount code, it was told that the order “was not eligible“. The complainant subsequently submitted a challenge to assess whether the claim of “20% of all orders over £200” was misleading.

Screen With Envy explained that the complainant’s order was not eligible because a discount had already been applied to the items in the complainant’s order, and “only one discount was available per order“. However, Screen With Envy acknowledged that a link to the terms and conditions had not been included in the emails, and undertook to include a link in the future.

The complaint was upheld and the ASA found that the ads in Screen With Envy’s e-mails breached rules 3.1, 3.3 and 3.9 of the UK Code of Non-broadcast Advertising and Direct & Promotional Marketing (CAP Code).

While the ASA welcomed the undertaking from Screen With Envy to include the terms and conditions in future emails, it found that the “ads were misleading” because they suggested that “any order over £200 was eligible“, whereas the terms and conditions said otherwise. Accordingly, the ASA determined that the “overall impression” of the ads, with particular reference to the use of terms such as “SITEWIDE” and “all orders“, was that “an order over £200 would receive [a] 20% discount as long as the code was used“.

The ASA concluded that the “ads must not appear again in the form complained of“, and that Screen With Envy should ensure that their ads “make it sufficiently clear if offers were subject to exclusions” and “that any claims made about offers did not contradict the terms and conditions that applied to them“.

The ASA’s ruling shows that businesses should be wary of using broad language in offer claims, such as “all orders” or “SITEWIDE” where the offer is subject to exclusions in the terms and conditions. The ruling is also an important reminder for businesses to be “sufficiently clear” about when exclusions apply to offers, and to include significant information about the exclusions in the offer. 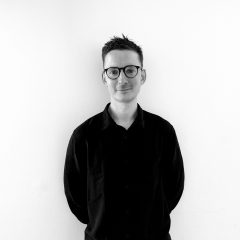