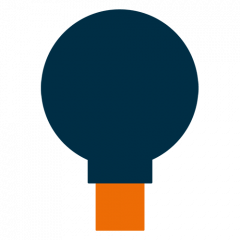 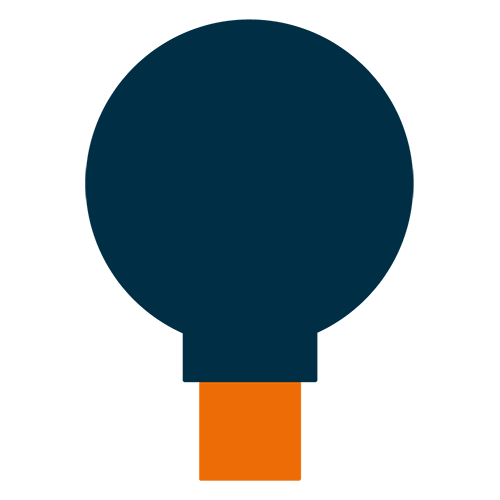 Who: Court of Justice of the European Union (“ECJ”)

The Austrian Oberster Patent- und Markensenat referred a number of questions to the ECJ regarding the revocation of a trade mark where it has arguably become the common name in the trade for the product for which it is registered.

This could be due to acts or inactivity of the trade mark proprietor in taking enforcement action against unauthorised users.  The case that gave rise to this referral was Backaldrin Österreich The Kornspitz Company GmbH v Pfahnl Backmittel GmbH, Case C-409/12.

The facts of this case

Article 12(2)(a) of the EC Trade Marks Directive (2008/95/EC) provides that one of the grounds on which a registered trade mark can be revoked is if “…in consequence of acts or inactivity of the proprietor, it has become the common name in the trade for a product or service in respect of which it is registered”.

Backaldrin Österreich The Kornspitz Company GmbH (“Backaldrin”) owned the Austrian word mark “KORNSPITZ” which it had registered in respect of “flour and preparations made from cereals; bakery goods; baking agents, pastry confectionery, also prepared for baking; pre-formed dough … for the manufacture of pastry confectionery”.

Backaldrin used this mark in relation to a baking mix which it created and sold, primarily to bakers.  The evidence provided in the case suggested that most bakers knew that “KORNSPITZ” was a registered trade mark but they commonly sold a certain type of a distinctively shaped bread roll as a “kornspitz” roll.  There was no attempt to inform consumers who bought such rolls that the word “KORNSPITZ” was a registered mark or that the rolls were produced using the “KORNSPITZ” floor mix.

Pfahnl Backmittel GmbH, a competitor of Backaldrin, brought proceedings in the Austrian trade mark office seeking revocation of the KORNSPITZ mark in its entirety on the ground that it was perceived by end-users as the common name for such bread rolls.  They were successful in their application, but Backaldrin appealed to the Oberster Patent- und Markensenat.

Questions referred to the ECJ

The Oberster Patent- und Markensenat raised the following questions with the ECJ and sought a preliminary ruling:

1. Has a trade mark become ‘the common name [in the trade] for a product or service’ within the meaning of Article 12(2)(a) of Directive 2008/95, where: (a) although traders know that the mark constitutes an indication of origin they do not generally disclose this to [end-users], and (b) (inter alia) on those grounds, [end-users] no longer understand the trade mark as an indication of origin but as the common name for goods or services in respect of which the trade mark is registered?

2. Can the conduct of a proprietor be regarded as “inactivity” for the purposes of Article 12(2)(a) of Directive 2008/95 simply if the proprietor of the trade mark remains inactive notwithstanding the fact that traders do not inform customers that the name is a registered trade mark?

3. If, as a consequence of acts or inactivity of the proprietor, a trade mark has become the common name for [end users], but not in the trade, is that trade mark liable to be revoked if, and only if, end consumers have to use this name because there are no equivalent alternatives?

The ECJ ruled that Article 12(2)(a) of the Trade Marks Directive must be interpreted as follows:

1. A trade mark is liable to revocation in respect of a product for which it is registered if, in consequence of acts or inactivity of the proprietor, that trade mark has become the common name for that product from the point of view solely of end-users of the product.

The ECJ considered the significance of the words “in trade” in Article 12(2)(a) of the Directive and considered whether a trade mark would be liable to revocation if it had become the common name for the product only among end-users rather than among traders in the product.

In this particular case, the sellers of the finished product did not generally indicate to their customers the origin of the goods they were selling and the “KORNSPITZ” mark was not therefore fulfilling its essential function as an indication of origin of the bread rolls known as “kornspitz” rolls.

The mark was therefore liable to revocation in respect of that particular product.  Although the issue of whether the mark had become a common name had to be addressed in the light of how traders perceived it, under ECJ case law the perception of consumers or end-users also played a decisive role.

2. It may be classified as “inactivity” within the meaning of that Article if the proprietor of a trade mark does not encourage sellers to make more use of that mark in marketing a product in respect of which the mark is registered.  It was considered that “inactivity” in this context was broader than the simple failure of a trade mark proprietor to sue infringers.  It would include omissions which suggested the trade mark proprietor was not vigilant enough in preserving the distinctive character of their mark.

In this case, the failure to take any initiative to encourage bakers and distributors of the bread rolls to make more use of the trade mark “KORNSPITZ” in dealings with customers was considered a sufficient form of inactivity within the meaning of the Directive where revocation proceedings were concerned.

3. The revocation of a trade mark does not presuppose that it must be ascertained whether there are other names for a product for which that trade mark has become the common name in the trade.  Even if there were such alternative names, this did not alter the finding that the trade mark had lost its distinctive character.

These preliminary findings are a reminder to all trade mark proprietors that where arrangements are entered into regarding their branded products, they should ensure they include provisions in their commercial contracts to stipulate how purchasers/distributors must represent their brand in commercial dealings.

Once such arrangements are in place, the proprietor must then ensure they are enforced and its brand is always maintained and protected.  Even the most minor, generic uses of a brand name can quickly escalate and it can be difficult to reverse the public perception of a word mark as a generic term once it has taken hold in respect of a product.

To minimise the chances of a revocation action succeeding, trade mark proprietors should ensure their trade marks:

• do not become generic through use as a product name by the proprietor or third parties;
• are differentiated in text (especially marketing materials) from any accompanying wording – for example, through the use of capital letters or bold text;
• are used as adjectives not a noun or verb, for example “KORNSPITZ rolls”;
• are accompanied by appropriate use of trade mark symbols (® for registered trade marks); and
• are used by third parties together with appropriate trade mark notices in close proximity.