Where: High Court, England and Wales

Supreme Petfoods had sold a variety of small animal food products since the early 90s, with its leading product being Russell Rabbit.

Supreme Petfoods’ products were mainly sold and marketed by reference to the product names but the marks “Supreme” or “Supreme Petfoods” were also featured, to a greater or lesser extent, on some of the packaging.

Not surprisingly, Mr Justice Arnold found that the word mark SUPREME was not inherently distinctive for animal food. One of the dictionary meanings of the word ‘Supreme’ is of the ‘highest quality’ and it was therefore descriptive of such goods.  However, although he thought it was a borderline case, Arnold J went on to find that Supreme Petfoods’ SUPREME mark had acquired distinctive character in the UK for “small animal food”. This was despite his findings that Supreme Petfoods’ products were mostly sold by reference to the product names and evidence that “Supreme” had low brand awareness.

As a consequence, Supreme Petfoods’ trade mark registrations for SUPREME and a stylised Supreme device were found to be validly registered for “small animal food”.  However, Mr Justice Arnold reached the conclusion that these marks were not infringed by Henry Bell for three reasons:

(1) in his view, Henry Bell was not using SUPREME for the purpose of distinguishing its goods, that is to say as a trade mark, but rather its use would be understood by the average consumer as being purely descriptive;

(2) the fact that the Mr Johnson’s range had co-existed with Supreme Petfoods’ own products for over 20 years without any confusion, led him to conclude that the use of the sign did not adversely affect the origin function of Supreme Petfoods’ marks; and

It has always been the case that trade marks that are descriptive or laudatory in nature are more difficult to protect and enforce. It is probably not surprising then, that Supreme Petfoods’ SUPREME mark was not infringed, given the descriptive nature of the word and both parties’ long standing use of ‘Supreme’ without any apparent confusion.  However, Mr Justice Arnold’s reasoning suggests:

1) that it may be relatively easy for descriptive brands to acquire the necessary distinctiveness to secure or maintain a trade mark registration;

2) that it may be difficult to enforce even valid registrations for descriptive marks as a defendant could argue that their use, even when it is part of the name of their product, is descriptive.

The case serves as a reminder of the inherent weaknesses of descriptive marks and emphasises that even a valid registration does not necessarily confer exclusive rights to any use of the mark. 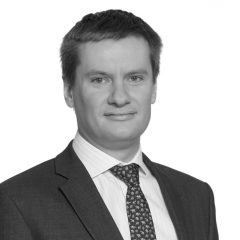