The highest EU court has scrutinised Germany’s law allowing charges for use of products before they are returned by consumers who have exercised their cancellation rights. Konstantin Ewald reports on a verdict clarifying what charges sellers across the EU can levy in such cases.

Where: European Court of Justice, Luxembourg

Article 6 of the Distance Selling Directive (Directive 97/7/EC) requires that consumers purchasing goods via distance selling must have a right to withdraw from such contracts and return the goods against reimbursement of the purchase price within 7 days of receipt of the goods.

Germany has transposed the Directive in its Civil Code. Under the relevant rules, consumers must be informed in writing (including e-mail) of their right of withdrawal. Depending on whether they are informed before the purchase, after the purchase or not at all, the period in which they may return the items is two weeks, four weeks or unlimited (!).

However, Sec. 357 (3) of the German Civil Code provides that if the consumer has used the purchased product (as opposed to merely inspecting and briefly testing it), before cancelling, the seller can demand from the consumer a payment in respect of the use he has had of the product before rejecting it.

In the case at hand, a consumer had bought a pre-owned laptop computer from an online merchant in December of 2005.

When the display failed in August of 2006, the consumer withdrew from the purchase, claiming she had never been notified in due form of her right of withdrawal.

The merchant refused to reimburse her for the purchase price of € 278.00, claiming she was liable for a charge for using the laptop well exceeding that sum, calculated on the basis of the average rent for a comparable computer for a period of eight months.

The case went up to the German Federal Court of Justice, which stayed the proceedings in order to obtain a preliminary ruling concerning the compliance of Sec. 357 (3) German Civil Code with the Directive.

The ECJ held that a provision in national law that generally grants the seller a right to claim payment for pre cancellation use violated the Directive. The purpose of the directive, according to the Court, was to give consumers a possibility to inspect goods purchased via distance selling and freely decide whether they wanted to keep them or not, and the possibility of a charge for use could deter the consumer from exercising this statutory right.

However, the Court also ruled that the Directive did not prevent national law from allowing a distance seller to make a charge for use where the consumer has acted in bad faith or would otherwise obtain an unjust enrichment. The relevant provisions in the German Civil Code will therefore have to be construed restrictively in the future.

The ruling makes it clear that national law cannot allow sellers to claim any payment from consumers exercising their right of withdrawal except for the direct shipping cost associated with the return of the products as provided by Article 6 (2) of the Directive.

Although a usage charge is not something UK distance sellers can impose on consumers, Germany and probably other member states who did introduce this right now need to make changes to their distance sales laws. 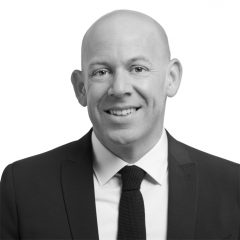