Verstappen, together with its agent Mavic, finds the advertising video an infringement of its portrait rights. They demand Picnic to cease the publication of the video or any other image of Verstappen and pay a compensation of damages. Reason for the proceedings is whether Picnic infringed Verstappen’s portrait rights or whether Picnic otherwise acted unlawfully against Verstappen by the publication of the video showing Verstappen’s lookalike, and, as a result, should pay compensation of damages.

Ruling of the Court of Appeal

Contrary to the court in first instance, the Court of Appeal determines that the video with the Verstappen lookalike does not qualify as a portrait in the sense of article 21 Dutch Copyright Act. Although the appearance of the lookalike evokes the image of Verstappen, the Court of Appeal considers that it is clear for viewers of the video that it is a parody of Verstappen’s appearance in the Jumbo advertisements. Moreover, as there is no doubt that (the image of) Verstappen himself is depicted, the Court of Appeal rules that the protection of a portrayed person under the Dutch Copyright Act does not extend to the publication of certain features of the appearance of a person. This also applies if the association is deliberately created.

This ruling made clear that using a lookalike in a video as parody of a competitor’s advertising, even if certain features of the appearance of a person are used, does not per se qualify as a portrait, if there is no confusion among the public that the person itself is not depicted. Verstappen may take an appeal to the Supreme Court. 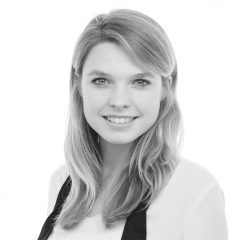