KLM Royal Dutch Airlines (KLM) promoted its Economy Comfort seats with the message: “Finish your work, or take a well-deserved break. With our Economy Comfort seat, you can treat yourself to more comfort. Located right behind Business Class you’ll be amongst the first passengers to disembark the aircraft. Furthermore, these seats have the same service as the regular seats in Economy Class. However, the Economy Comfort seat provides more legroom and more recline than regular Economy Class.” KLM listed some of the features of the seating, including stating that the seat has 10cm more legroom than the standard Economy seat. However, a passenger who paid extra for the seat was confronted with an electronic cabinet under the seat in front of him, which prevented him from stretching both legs straight.

The offer resulted in a misleading advertisement complaint with the RCC, which argued that the statement on KLM’s website created the impression that the Economy Comfort seat has much more room in all respects and therefore more comfort than the standard Economy Class seat.

The RCC agreed with the complainant and ruled that the statement on KLM’s website was lacking essential information and violated the Dutch advertising rules. According to the RCC, the average consumer will assume – due to KLM’s statements that there was “more comfort” and “more legroom” – that the Economy Comfort seat will actually have more comfort and room than with the standard Economy Class seat. Consumers would not reasonably expect their Economy Comfort to offer less legroom and comfort due to an electronic cabinet under the seat in front of them. By not providing such essential information, the RCC ruled that the advertisements qualified as misleading and unfair towards consumers.

KLM appealed the ruling with the CvB. The airline argued that the average consumer will interpret “more legroom” as more room between seats for knees. KLM also stated that the distance between Economy Comfort seats is 10% extra compared to standard Economy Class seats. If CvB is of the opinion that more legroom also relates to the space near the feet, KLM argued that the locker only takes about 15% of that space.

In addition, KLM argued that the statement “more comfort” also relates to other characteristics listed in the advertisement, such as more space to recline, possibility to charge devices and the opportunity to be one of the first passengers to get off the plane.

The appeal board did not follow KLM’s arguments and confirmed the RCC’s ruling. The CvB found that it is likely that the consumer may experience the cabinet under the front seat as an inconvenience and a restriction of the seating comfort in terms of legroom, even if only 15% of the foot space is actually taken by the cabinet. Moreover, the RCC ruled that passengers with the cabinet in their front seat are not able to spread the left leg straight and the extra seating comfort for which the customer pays extra money will then be taken away.

The CvB ruled that the advertisement does not draw the consumer’s attention to the possibility of a cabinet under the seat in front of him. Moreover, KLM did not refer to any conditions that inform the consumer about the restricted leg space. Due to the lack of this information, the CvB ruled that the average consumer will be disappointed when being confronted with such a cabinet, and consumers should be informed about this restriction before making the decision to purchase an Economy Comfort seat. 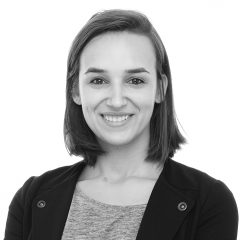