The CMA has published the responses to its interim report, as it moves into the final stages of its market study into online platforms and digital advertising.
The market study has a particular focus on search engines and social media providers. It examines whether consumers have adequate control over the use of their data by online platforms, and whether a lack of transparency, conflicts of interest, and use of market power is undermining competition. The CMA is concerned by the domination of the search and display advertising markets by a handful of companies. The regulator is consulting on potential interventions to improve competition and give greater control to consumers within the market.

The full list of respondents is available here, and includes, alongside private companies, various industry groups and bodies such as the Advertising Association, the Data and Marketing Association, the Internet Advertising Bureau, the Information Commissioner’s Office (ICO), and Privacy International. Many respondents are, understandably, keen for reforms to be made as quickly as possible, and some have flagged the importance of ensuring any potential code of conduct is not applied narrowly and that the work of the CMA aligns with the work of other regulators, such as the ICO.

Since the CMA is due to publish its final report by 2 July 2020, it remains to be seen what their conclusions will be. However, the CMA’s April update on the work of its digital markets task force notes that it has asked to report to the government on a pro-competition regime for digital platform markets, including implementing a code of conduct. It is therefore likely that, following the study, at least some market intervention is inevitable. 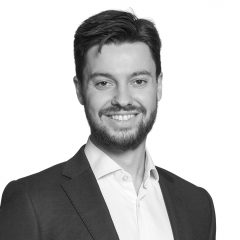